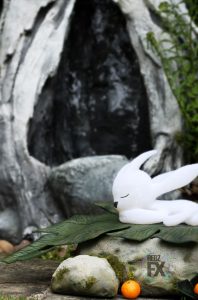 While studying Special Effects for Film and TV, Rebecca (Rebz FX) decided to turn Ori, one of her favorite game characters (and one of ours 😉), into a full-blown 3D nightlight. 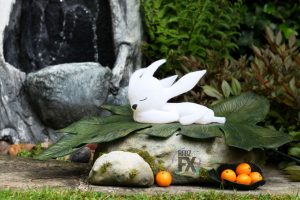 So, how did it all come together? Turns out, it takes a lot of work! We are so impressed by the whole process we wanted to share her journey creating this 3D light-up version of Sleeping Ori.  Let’s break it down.

A.K.A. concept drawings and 2D art. “The Orthographics were produced to help design the rock base in proportion and to help give Ori some scale. The base would also be made hollow so that I could hide the electronics/LEDS/Battery Pack all inside.” 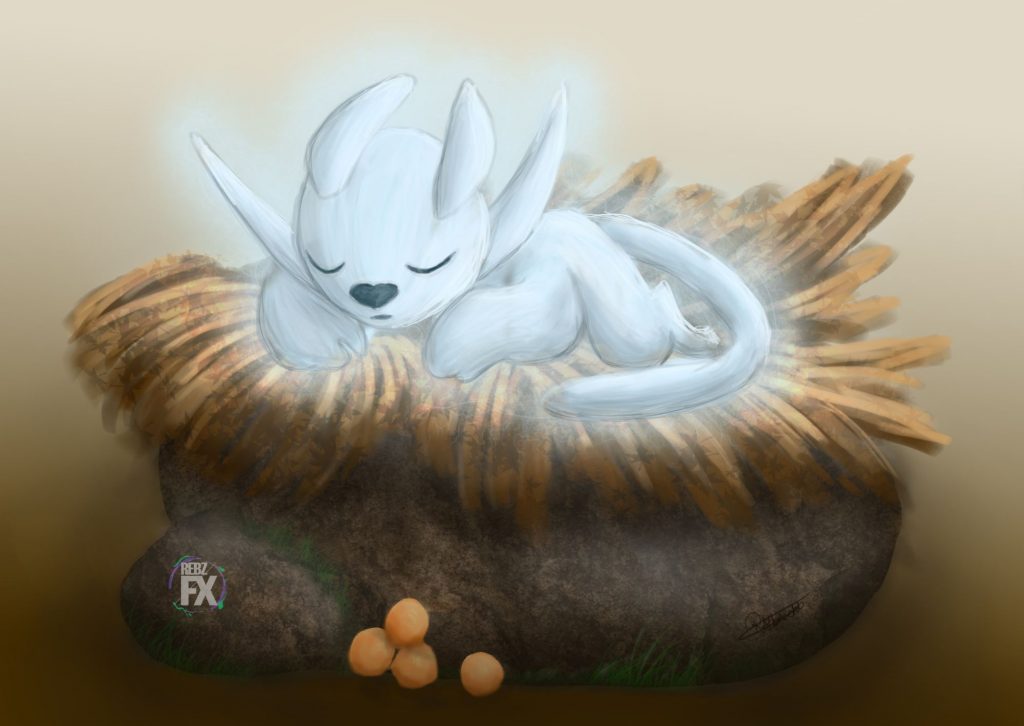 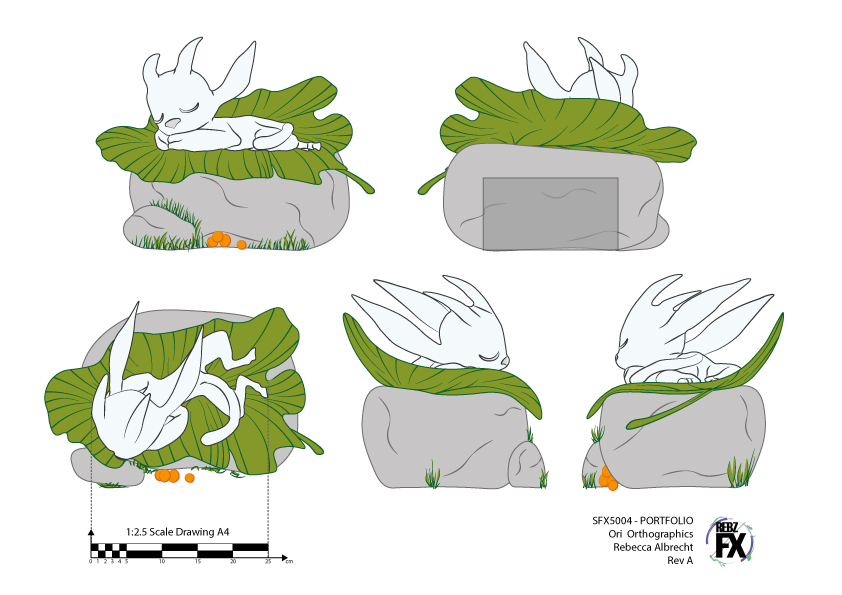 Rebecca then took it from a 2D concept to a 3D model using zBrush. “I could then use my model to pose him and add further details to the sculpt in a laying down position.” 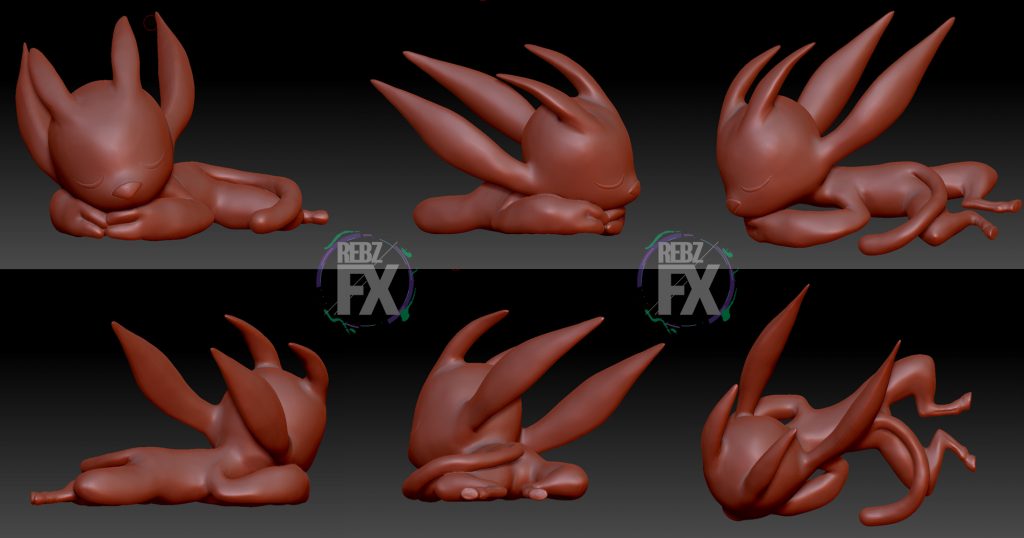 Perhaps one of the most time-consuming parts, the model took 26 hours to print in total. Afterwards, Rebecca spent almost a week sanding it down until it was smooth.

“I had quite a bit of clean up to do using filler, filler primer and a LOT of sanding (rinse and repeat)!” 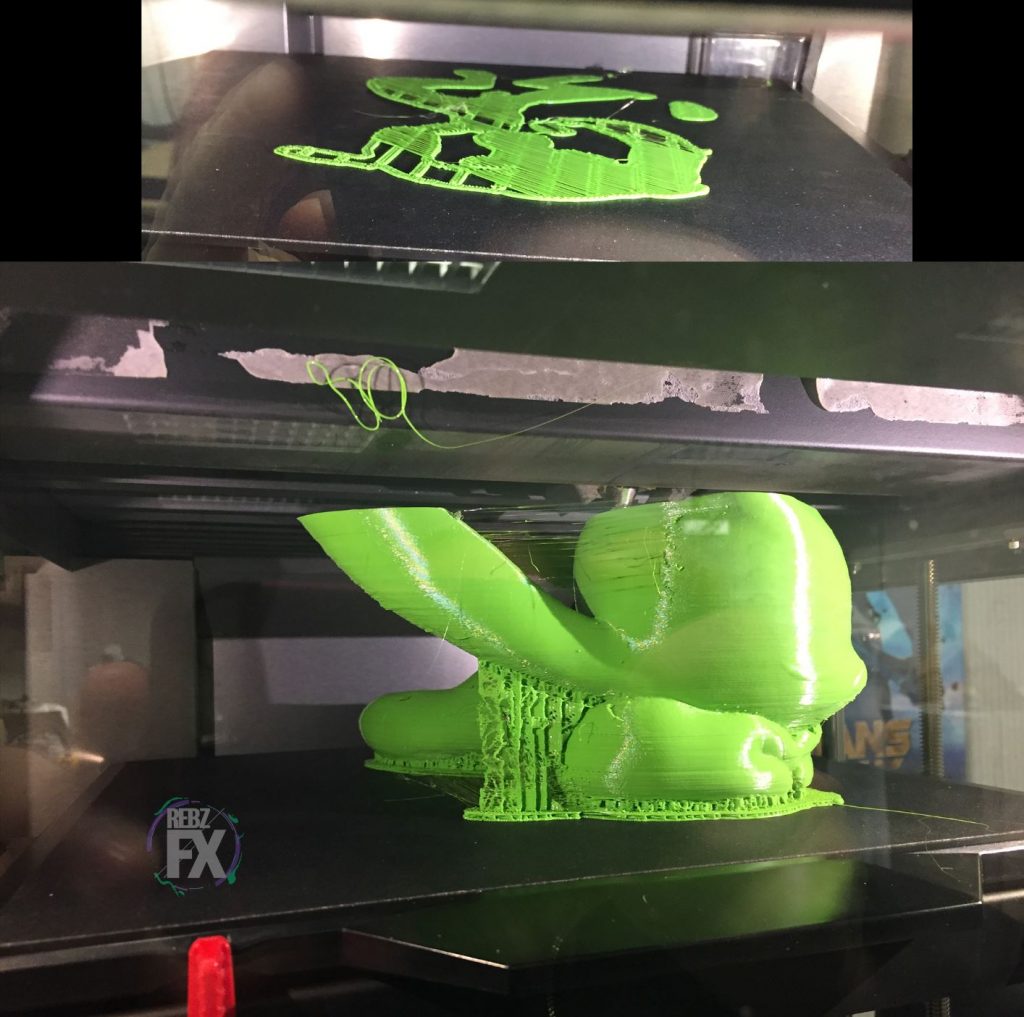 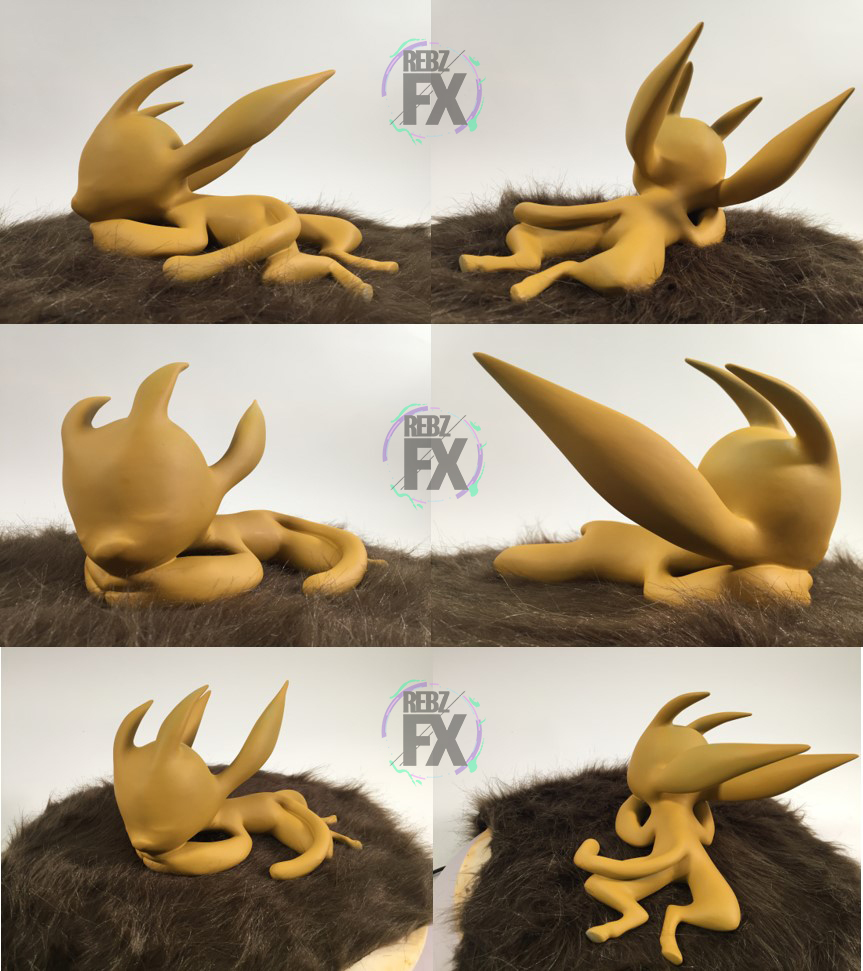 “In order to cast Ori out of a translucent silicone, I had to make a 3 part Silicone mould (the blue bits) with a 5 part fiberglass outer shell supporting jacket.”

“I also wanted to explore leather work, so I decided to make a leaf for the base which would help conceal the LEDs.” 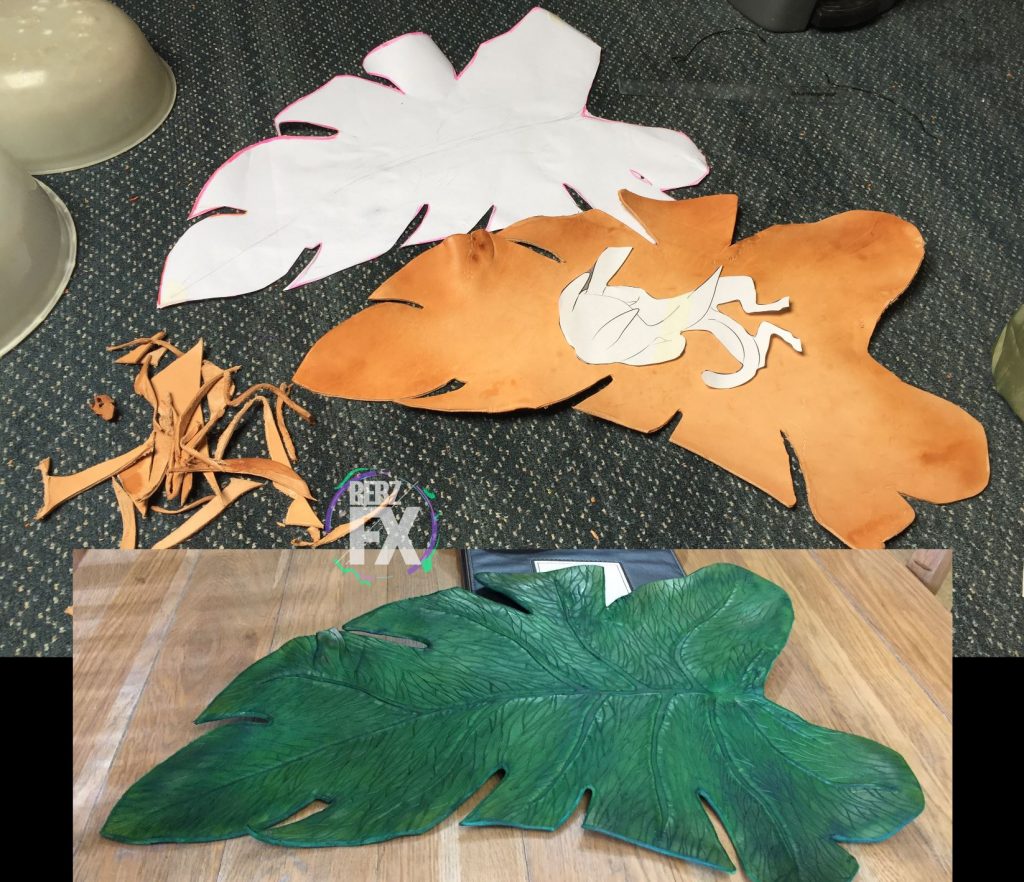 She tested multiple styles of lighting and different “fuzzy” materials for Ori to make sure they interacted together perfectly. 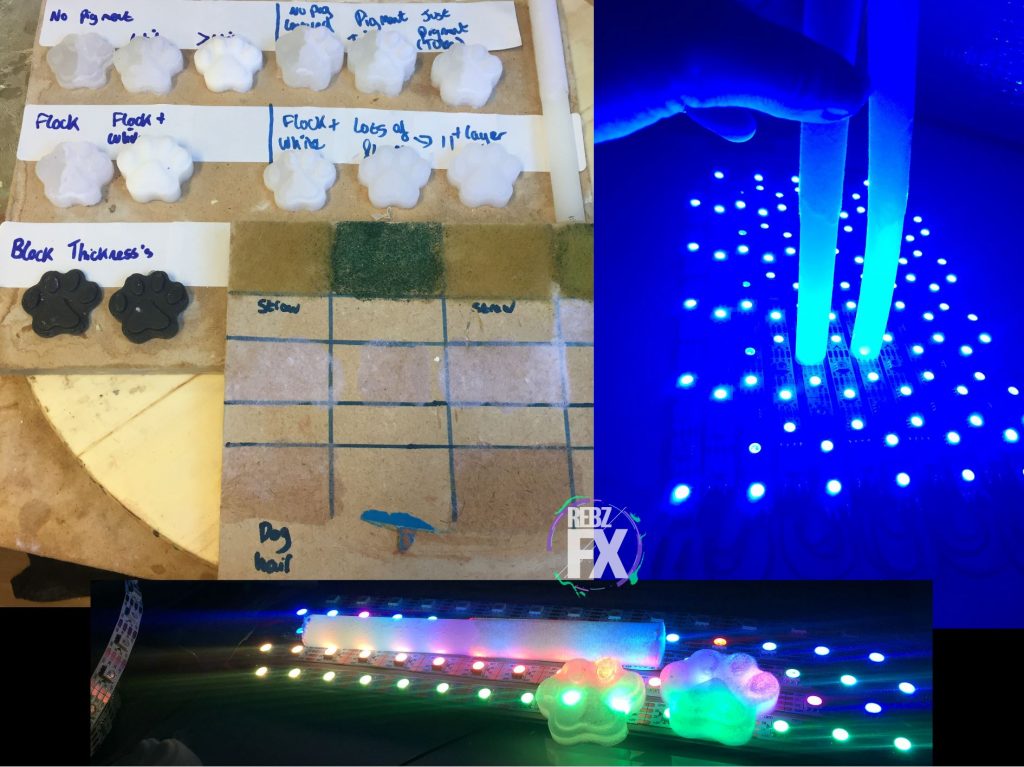 To create the rock and hide the electronics, she used expanding foam which was then textured and painted. A hollow space was left after removing a placeholder box. “I even put in a cheeky little switch so that the code should be changed over from the blue breathing mode, to a fun rainbow mode!” 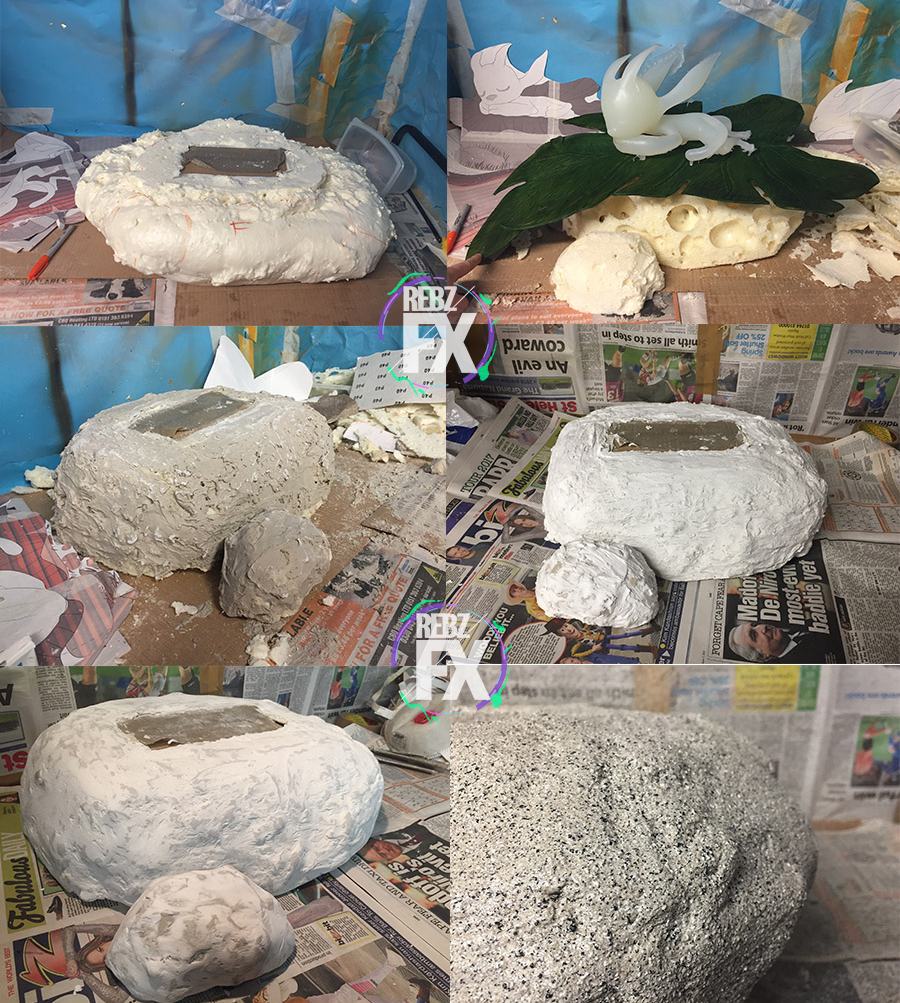 Overall, the process took her over 15 weeks to complete. Here are more images of the final product. 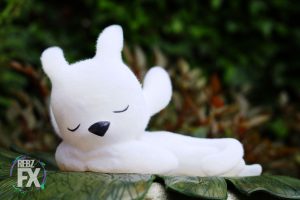 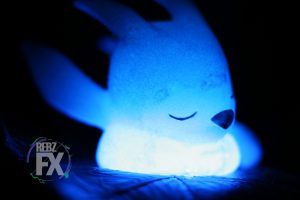 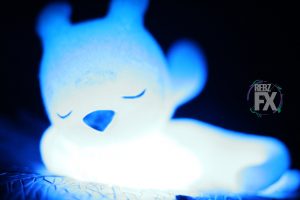 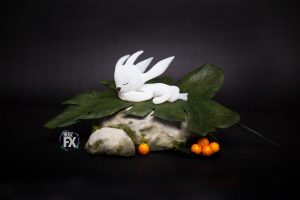 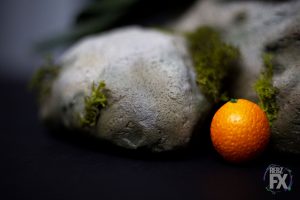 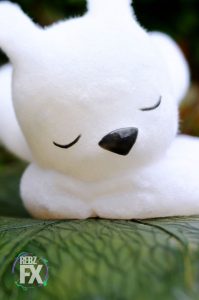 We are humbled to have such creative fans and supporters of Ori. Thanks to each and every one of you for keeping the community spirited!